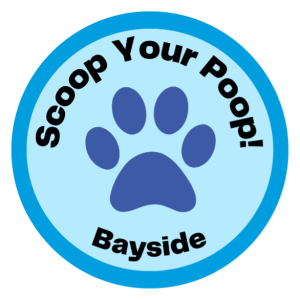 The Village of Bayside is looking to the community to help address the concern of dog waste being left on sidewalks or in passing yards. The Village has recently put in four dog waste bag stations, two at Ellsworth Park and two on E Brown Deer Rd. These stations give dog walkers the opportunity to discard of waste they have or to provide a bag to a resident if they had forgotten to bring one along. These stations aim to remind dog owners to pick up their dog waste.

Bayside had 166 licensed dogs last year, producing approximately 17,810 pounds of dog waste (dog poop) annually. And that is just the licensed dogs in the Village! There has been an influx of dog waste being left behind on the Village sidewalks, roadways, and front lawns. Leaving dog waste behind will not only ruin shoes and boots, but also has negative effects on the environment. For example:

While it may seem convenient to leave dog waste where it lies, it is better for the environment to make sure it is picked up and disposed of! 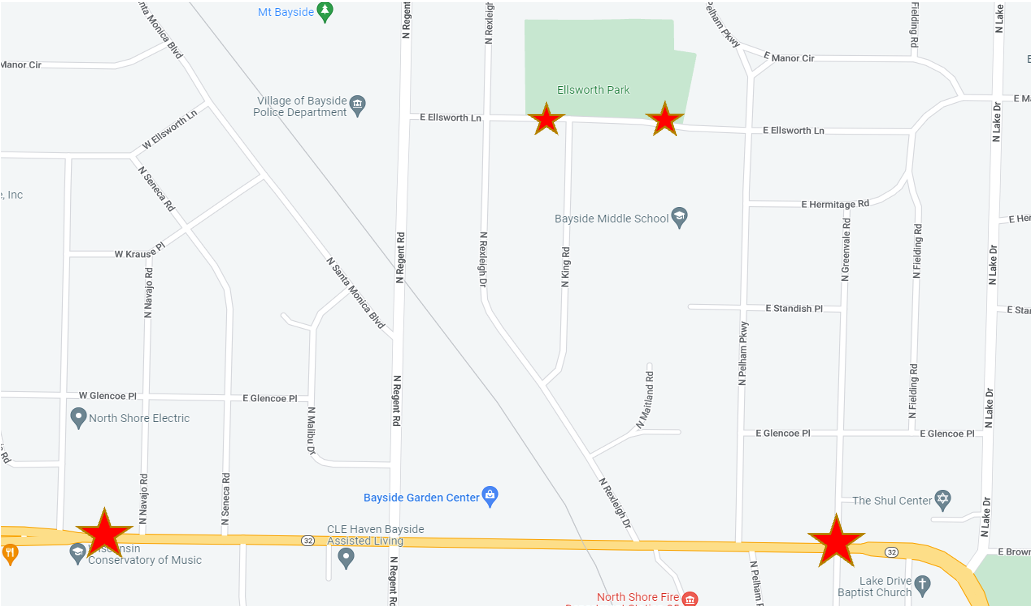